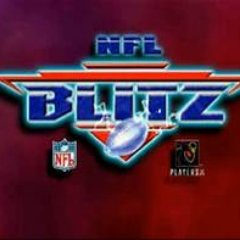 It’s time for Regular Season Predictions! For this article I’ll be predicting the 2018 NFC North teams, predicting the worst record they could have (Floor) and the best (Ceiling). Let’s not waste any time dealing with a division that could be the most competitive in 2018.

If we were solely referring to overall talent, then the Packers would not rank this high at all. The reason they’re my pick to win the NFC North is because Aaron Rodgers is that good.

Need someone to extend the play and use every drop of protection? Need phenomenal tight window accuracy and play under pressure? Need a rocket arm to attack angles you never knew existed? Rodgers can do all of that. He’s like the LeBron James of the NBA in that he immediately makes the Packers a playoff team because of his presence.

Much talk has emerged about how Rodgers’ best days are behind him, and that’s usually taking into regards how his stats aren’t as consistent as his days from 2011-2014. The issue is the Packers have had less talented receivers after that time span, and Mike McCarthy has done little to make things better.

Davante Adams has become a really good receiver, but Randall Cobb feels washed. Geronimo Allison is talented but had his struggles in 2017. Equanimeous St. Brown is already a fan favorite, so hopefully he shows flashes in his rookie season. Jimmy Graham is an upgrade at tight end that stands out in the vertical passing game and in the red zone.

The backfield is intriguing; Ty Montgomery is explosive, and Aaron Jones and Jamaal Williams were surprisingly consistent in their rookie seasons. I wouldn’t call the offensive line one of the best in the league, but it’s not bad either.

The defense is not overwhelmingly loaded with talent, but Mike Pettine hopping on board as the defensive coordinator is a big upgrade over Dom Capers. Mike Daniels is coming off a career year in 2017, and Kenny Clark is enticing, but Clay Matthews’ best days are probably behind him.

In the secondary, the Packers have made efforts to try to revamp the quality. First round corner Jaire Alexander looked good in college, and Kevin King should be fully healthy after dealing with injuries during his rookie season. Old man Tramon Williams returned to the team, which was a little confusing. HaHa Clinton-Dix had a down year, so he’s playing for a contract this season.

While the Packers are a team that’s still mostly good because of Aaron Rodgers, there’s a little more talent this time around. And with Rodgers healthy, that’s enough (even though it shouldn’t be).

Few teams entering 2018 are as talented as the Vikings. The top pieces on offense are spectacular, and the defense is arguably the best in the NFL.

With that said, I’ve never really been a Kirk Cousins fan. He took steps in improving his play in his three prior seasons, but it seems like he was always dependent on his receivers getting open instead being an anticipatory passer. In addition, he left a lot of plays on the field missing his receivers on deep shots, and when compared to Case Keenum, he’s a better pocket passer but lacks his mobility and isn’t as good under pressure.

Cousins had the luxury of playing with Desean Jackson, Pierre Garcon, Jordan Reed and Jamison Crowder in D.C., and now he gets the best wide receiver duo in Adam Thielen and Stefon Diggs. Both Thielen and Diggs possess great catch radii, ability to stem their routes with relative ease, and have fantastic ball skills to increase the margin for error. Kendall Wright as a third receiver is fine I guess, but Lacquon Treadwell has done next to nothing during his career.

Dalvin Cook’s explosive running is back after only playing the first four games of 2017 due to a torn ACL. He is an instant upgrade over Latavius Murray, who himself is an ok back. Kyle Rudolph stepped up and had a more consistent year at tight end, while David Morgan II flashed some quality in a limited sample size.

The Vikings’ offensive line was no longer one of the worst of its kind in 2017. That might change this year due to injuries. Center Pat Elflein is the key piece to the offensive line and he’s hurt. Nick Easton is done for the year, which leaves a gap at left guard. Right tackle Mike Remmers has recovered from an ankle injury which is a relief, but the absence of Elflein and the loss of Easton may prove to be massive.

There’s little to say about the Vikings defense because it’s stacked. Everson Griffen is one of the best pass rushers in football, and Danielle Hunter is becoming a sensational defensive end as well. The team paired Linval Joseph up with Sheldon Richardson, giving the team two stud defensive tackles. Anthony Barr and Erick Kendricks are also excellent linebackers.

The secondary remains excellent in addition. Harrison Smith is arguably the best safety in football, Andrew Sendejo is an underrated piece of this defense, Xavier Rhode is a great corner, and while Trae Waynes is the weak point of this secondary, there’s enough cornerback depth with Mackensie Alexander and the rookie Mike Hughes, who is exciting.

How far the Vikings go depends on if Cousins and the offensive line will hold them back or not. New offensive coordinator John DeFlippio should provide a friendly environment, and the defense is stacked, but it all falls on the quarterback, which is why I have the Packers above the Vikings. They should still remain competitive, though.

To me, the Bears had the most exciting offseason of any team, which usually isn’t a good sign because those teams generally disappoint in the regular season. Still, all things considered, there’s a lot of talent on this team. The question is will Matt Nagy be a good head coach? Will Mitchell Trubisky take the next step, will Allen Robinson be healthy, etc.

I liked Trubisky’s rookie season; It wasn’t perfect, but I thought he was an accurate quarterback with impressive poise under pressure. An issue was the conservative play calling he was given and a brutally underwhelming cast of receivers. Trubisky is a little raw given the little experience he had in college, but I like his potential.

The Bears instantly responded to issues at receiver. It would’ve good enough if they got one big addition, but they got three in free agency. If Allen Robinson is at 100%, he’s a top 10 receiver with an outlandish catch radius. In the right hands, Taylor Gabriel is a good receiver whose speed makes him an underneath and vertical weapon. Trey Burton is best known for his contributions to The Philly Special, but he adds a lot to the passing game with his versatility, route running, and ability on contested catches. Kevin White’s health is the only thing holding him back, as he is also very talented.

Additionally, the Bears got who I feel is the best receiver of this draft class. Anthony Miller is a weapon on all phases of the field, and can dominate outside or in the slot like Doug Baldwin, provide highlight reel catches, and break ankles with his agility. Adam Shaheen is recovering from injury, but he should be second in command to Burton instead of Dion Sims.

The backfield has potential to be one of the best in the league. Jordan Howard is a terrible receiving back, but a really good runner, while Tarik Cohen’s quickness and speed make him a dangerous third down back in Nagy’s offense. Benny Cunningham is also fun in small doses.

The offensive line should be solid. Cody Whitehair had problems snapping the ball last year, but as a pass protector he’s good. Kyle Long offers quality at right guard, while James Daniels is exciting and should be starting at either left guard or center. Charles Leno isn’t anything special, but he’s fine.

On defense, the Bears are beginning to figure things out. Standout players on the front seven include Akiem Hicks, Eddie Goldman, rookie Roquan Smith, Leonard Floyd, and Danny Trevathan. The secondary is very enticing; Prince Amukamara is the weak spot, but Kyle Fuller reemerged last season, and Eddie Jackson and Adrian Amos could be a stud young safety tandem.

I have high expectations for the Bears, which is why I have them above the Lions, but if Nagy doesn’t pan out, I can see them finishing in last place. Robinson and White’s health are concerning too. Still, I love the talent this team has at running back, receiver, and tight end, and Trubisky looks promising, in my opinion. If Nagy has a season like Sean McVay in 2017, I think the Bears can surprise a lot of people.

Two problems have plagued the Lions offenses in the past; the run game and offensive line. With the moves the team made in the offseason, this should hopefully mark a turning point, and Jim Bob Cooter has done wonders turning the passing game around (his accomplishments in the run game leave a lot to be desired).

Quarterback Matthew Stafford is extremely beloved in Detroit (and is the starter on my fantasy team). I think his decision-making is inconsistent, he’s gotten lucky on dropped interceptions, and his accuracy can be really sloppy at times, but I think he’s a top 15 quarterback capable of great stretches of play thanks to his mobility, arm talent, and peak plays. He’s given one of the best wide receiver trios in Marvin Jones, Golden Tate and Kenny Golladay, each offering their own levels of excitement.

Ameer Abdullah was disappointing last season, which is why the Lions signed the powerful LeGarrette Blount and drafted Kerryon Johnson, who looks like a promising rookie. Theo Riddick is one of the best receiving backs in football period. The offensive line this time should patch things together. Taylor Decker is healthy, Frank Ragnow was an excellent guard in college, and T.J. Lang and Ricky Wagner should bounce back on the right side.

While the offense looks like it’ll be fun (outside of maybe tight end), I can’t say the same for the defense, which has a long way to go under new head coach Matt Patricia. The development of Jarrad Davis will be interesting, and Ziggy Ansah is starting caliber, but the rest of the defensive line looks bad. Darius Slay is a great quarterback, and Glover Quin is a really good safety, but I’m not high on Quandre Diggs or Nevin Lawson. Jalen Tabor should be looked at.

If Kerryon Johnson has an Offensive Rookie of the Year caliber year, I can see the Lions having a good record. I feel like their defense will hold them back, though, and the offense tended to play behind a lot in 2017. I have mixed opinions on the team as a whole as a result, but they’re not a horrible team. They’re just in a loaded division. I feel like a lot of people have said that about Chicago instead of Detroit.