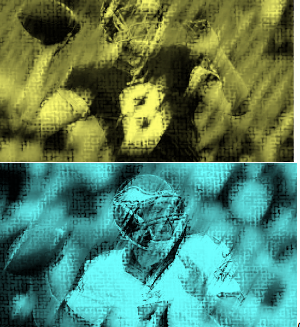 We’ve reached Week 16 of the NFL season, and before I get to Sunday’s Crunchtime Matchups, I want to make an exclusive preview for Saturday Night’s primetime NFC East matchup between the Washington Redskins and the Philadelphia Eagles.

It’s so easy to rip the NFC East because, along with the AFC South, it has been terrible this year. However, only one team can stay up top this mess of a division, and in this case it’s the Redskins. At long last we can talk about something that doesn’t refer to how offensive the team’s name is!

At 7-7, the Redskins have been a mess of a football team, but they’ve managed to win ugly games, which beats losing, and they’ve managed to suck less than the other 3 cluster****s in their division. The 6-8 Eagles have been a complete disappointment. Expected to compete for the top spot in the NFC, the team from the City of Brotherly Love instead decided to play out near identically to the 2011 Dream Team Eagles. Jordan Matthews, Zach Ertz, and Nelson Agholor were supposed to break out this year under Chip Kelly’s system, and the offseason acquisitions of Sam Bradford, DeMarco Murray, and Ryan Mathews were supposed to improve the roster. Instead, the team has been built like a house of cards; When one side collapses, the entire team does as well, and it’s hard to think of a talent filled roster this out of sync.

Combine these two messes (one messier than the other), and somehow this division has not been locked up. But if the Redskins win, they’ll clinch the NFC East for the first time since 2012 (the beginning of the short lived RGIII era). If they lose, they’ll lose complete control of their playoff destiny, so there’s zero margin for error. The Eagles can win the division for the second time in three years if they beat Washington this week AND the Giants the next.

Philly succeeds best when the offense gets into an early groove and is able to run plays quickly in the no huddle offense. This means zero drops, constant first downs, and efficient yardage. Sadly, the drops and inefficiency have been constant in 2015, resulting in abrupt stalls on drives. The defense, which once ranked at the top in takeways, has collapsed, more recently at home against Arizona last week.

The Redskins have succeeded most at the short passing game. Kirk Cousins, while not particularly great, has been effective enough to at least keep DC ahead in the divisional “race”, and there’s no debate that head coach Jay Gruden is getting the most out of the 2012 draft pick.

The Redskins can beat Philly early with quick scoring and quick pressure. Bradford and the Chip Kelly led offense plays a spread out offense, so stopping guys like the speedy Darren Sproles and limiting the yards after catch is indispensible. The offense has to do everything it can to get star slot receiver DeSean Jackson open, and Alfred Morris and Matt Jones must open up space in the running and short receiving game respectfully.

Washington has been decent in getting guys open through scheme this season, and the Eagles have to ensure the same for their receivers. The defense has to force Cousins to beat them downfield, as many of his turnovers and critical errors have come during these passes. All in all, the key for the Eagles offense is pure efficiency, as the offense cannot afford to slow to a crawl. 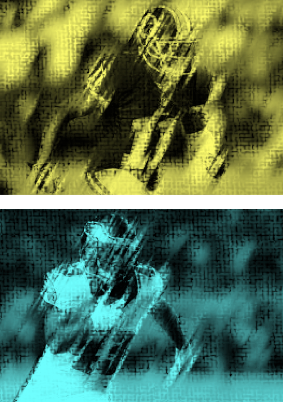 Knowing divisional matchups as well as I do, this should be an ugly, yet highly contested, showdown between two teams desperate for a postseason appearance. If the Redskins win, they’re in, and thus, the planned Crunchtime Matchup for the Giants and Vikings on Sunday will be cancelled (due to the Giants being eliminated). If the Eagles win, the Giants will be featured in the Crunchtime Week 16 Edition.

If you predicted a tie, I would not blame you. This game is expected to be a hideous one, and I don’t feel good about this one. But I have to give this to the Redskins, as I do not trust Philly enough to win this one, even at home. (Coincidentally, the Redskins also eliminated the Eagles from playoff contention last season, in another Week 16 matchup.)

At the least, we should hope this game is more serviceable than what comes out of Phil Simms’ mouth.