It’s that time of year again, where the NFL Playoff race gets tighter and tighter. Naturally, we’ve got some really good matchups/crucial playoff deciding matchups, and the margin for error is extremely slim.

Between all of the “Andrew Luck for MVP in 2015” talk (I’m guilty of it), who could have guessed the Texans and Colts would be tied for the AFC South lead entering Week 15, and at 6-7? But it’s true, somehow.

Entering Week 9, both teams had a 3-5 record, have finished 3-2 in the last 5 games, and are both are on two game losing streaks. Needless to say, neither team has capitalized on the other’s mistakes, and both teams are significantly flawed.

Somehow, that doesn’t matter. T.J. Yates, who won a playoff game with the Texans back in 2011, is the starting QB. Would be nice if he gave DeAndre Hopkins some love (you know, considering he’s on a lot of fantasy teams). It’s not 2005, but Matt Hasselbeck is starting on a potential playoff team, and it’s unclear when Luck will return.

Both teams obviously aren’t very good, but only one will emerge victorious. The Texans offense is basically “Air it out to Hopkins and see what happens”, and the lack of targets from last week explains the blowout loss on Sunday Night to the Patriots. Yates has to stay hot with the connections to Hopkins. Against a weak Colts defense, it’s certainly possible.

The Colts offense has been effective enough at points in the short passing game, so whoever the hell is starting tomorrow at QB must take advantage while avoiding the 1-2 knockout combo of J.J. Watt and Jadeveon Clowney on the Texans’ front seven. Frank Gore has yet to crack 100 yards in a single game this year, and hasn’t been all that great, but he’s at least a step up from Trent Richardson, and I expect him to see a bigger dose of carries in a crucial game. T.Y. Hilton has been hot and cold all season long, yet I expect him to similarily crucial.

There really isn’t much else to say about this game. Both teams haven’t been spectacular in the slightest, but since this is a divisional matchup, it should be riveting, or at least more so for both teams than previous games. This is by far the biggest matchup between the 2 teams in the history of the rivalry, so they can’t hold back.

Ultimately, I think the Texans win an ugly one, and I expect Hopkins to receive more targets this time around with Yates back as the starter. Imagine, if Houston had an actual QB and the Colts had Luck healthy, this, along with the AFC South, wouldn’t be a contest. 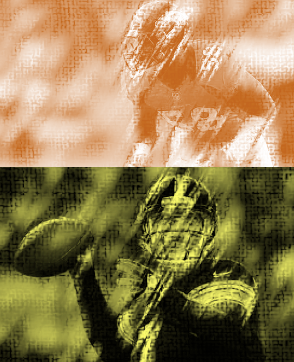 Really, Denver only needs one win to clinch another playoff spot, while Pittsburgh has to win out to get in. It’s a deadlock for the final 2 Wild Card spots in the AFC (Chiefs, Steelers, Jets, the latter of which just won against the Cowboys), yet the Steelers could somehow win the AFC North by winning out and the Bengals losing out. Amazing, isn’t it?

Anyways, it appears people have figured out Brock Osweiler is Tim Tebow 2.0, for better or worse. Since Peyton Manning started sucking, Os has been the bus driver for a team truly led by a great defense, with players such as Von Miller, Chris Harris, and Brandon Marshall (not to be confused with the Jets receiver, who is also having a stellar year) leading the way. Wade Phillips has done a great job turning around a defense held back by Jack Del Rio the previous season, and it’s shown in the results.

On the other side of the field, the Steelers offense has been a treat to watch. Antonio Brown is arguably the most complete wide receiver in the NFL, able to excel at route running while maintaining his roots as an offensive weapon. Martavis Bryant has been a very impressive WR2 behind Brown, yet he would be a #1 on most teams. DeAngelo Williams has done a great job filling in for Le’Veon Bell in the run game as well.

But it’s Ben Roethlisberger that provides the heart and soul of the Steelers. His numbers do not reflect it, but he’s playing at an MVP level, and would be a considerable candidate if he didn’t miss those 4 games. His deep passing, along with Carson Palmer, has been unreal in a season filled with dink and dunk QBs, and it’s easy to see why with the great combo of Brown and Bryant.

Against a great offense, the Broncos secondary must force Big Ben to leave behind the deep ball. The problem is that Brown and Bryant can dominate at any part of the field, so the YAC must be limited. The Steelers defense doesn’t have to be great, but must get those early turnovers from a lackluster Broncos offense to give Ben and company more chances to build a lead.

This is an exciting matchup, and I have the Steelers winning one of the more anticipating ones for 2015. 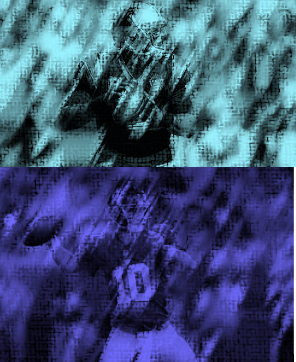 Oh boy. It’s a leap year. The Giants are trying to make a late run, and an undefeated team stands in their way. We’ve seen this story before.

Admittedly, the Panthers have faced a soft schedule, so they’re not as great as their record suggests, but they’re certainly a lot better than any of us expected them to be. So they’ve got that going for them, which is nice.

The Giants are coming off a huge road win at Miami, with Eli Manning having one of the best performances of his career and Odell Beckham continuing to entertain audiences everywhere. Similarly, MVP candidate Cam Newton is coming off a great performance against Atlanta, so the odds are at stake here.

Josh Norman seems to be all the talk of the corner position these days, but I think Beckham gets the upper hand here. His speed is just ludicrous, and has been a dominant receiver at every option. Eli will have to get hot to provide the Giants any chance in the battle for the awful AFC East.

The Panthers have already clinched a playoff spot and a bye, but would like to clinch home field advantage as well, so this game still has implications on their part. Cam Newton, AKA Mobile Eli Manning, isn’t the most accurate QB, but when he gets hot, he does it as well as any active QB, so the connections must be there and must be consistent. Jonathan Stewart is out, which is crucial considering how good he’s been this season.

The Giants defense sucks, the Panthers have a nice one, but the game is at Metlife, so who knows what happens at this stage of the season. This is the last true test for the Panthers on their quest to 16-0, but I expect them to win a close one. 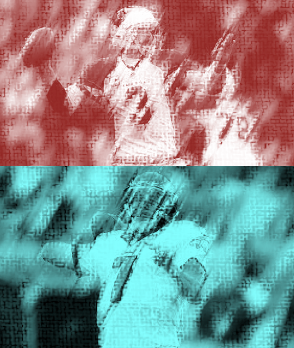 Shocking: Another primetime game involving an NFC East team. The Eagles have been a massive disappointment at 6-7, yet could still clinch the division depending on the implications. This team has flaws all around, but has been getting hot when it matters most. Against one of the best offenses in the NFL, it doesn’t get any more dramatic.

The offense has been inconsistent in terms of who balls out statistically, so against a great team a decision must be made. The defense has to shut down Carson Palmer deep, since that’s been dangerous for most of the season. The Cardinals run game hasn’t been great, but has been important for Arizona this season, so that is something Philly has to keep in mind. The offensive line has to contain Honey Badger Tyrann Mathieu, who’s been excellent this season, and Sam Bradford has to be precise against the pass rush and secondary. Drops are not an option for a receiving core full of them.

I don’t need to say all that much about the Cardinals (who have also clinched a playoff spot) since I’ve already profiled them in previous works. Bruce Arians has discovered the Fountain of Youth, and now Larry Fitzgerald is good again, Dwight Freeney is relevant, and Carson Palmer is an MVP candidate.

All things considered, the Cardinals should be able to get this victory. This is an unpredictable league, though, and on the road anything can happen.