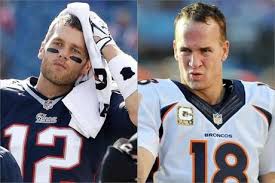 It is not a good time to be a New England Patriots fan.

After getting brutally destroyed by the Kansas City Chiefs 41-14, the Patriots have officially lost their identity with an extremely disappointing 2-2 record. The offense can’t seem to get anything going, and now the defense itself is having problems preventing scoring and yardage.

Blame goes for everyone, but for some odd reason, there’s one place writers aren’t placing the blame on. The quarterback position.

The future Hall of Fame quarterback has long been the identity of the Patriots franchise and long has been one of the most dominant passers to play in the NFL. His 2007-2012 peak is one of the best in NFL history in addition.

But the Tom Brady we’re seeing isn’t close to being the same.

Brady is beloved in Boston, perhaps the most treasured Boston athlete ever. Criticism of him is frowned upon in the state of Massachusetts, even if it’s fair.

The truth must be heard though, whether Patriots fans accept it or not. Tom Brady is in decline.

Last night might not be Brady’s worst game ever, but it’s the worst I’ve ever seen him play. On raw stats alone, Brady was unimpressive, completing 14/23 of his passes (60.8) for 159 yards, 1 touchdown, 2 interceptions, and a 59.9 passer rating.

Tell this to most Patriots fans and they’ll point out the lack of receiving talent, the offensive line absolutely sucking, and the lack of a running game.

There’s no excuse for it this time, because evidence doesn’t show that’s the only problem.

On Monday night against the Chiefs, Brady had a 61.8 passer rating when he was not pressured, according to Pro Football Focus, who also pointed out before the game that Brady was off target on 27.2% of his throws (most in the NFL at that point). And according to Pro Football Talk on NBC, Brady has only completed 6.2% of his passes thrown 20+ yards downfield. That’s the lowest in the NFL right now. Compare that to 2010-2013, where Brady completed 37.8%, 33.0%, 33.0%, and 30.3% of his 20+ yard passes respectfully.

It didn’t change last night. Brady made numerously poor throws, overthrown or under thrown. His 2 passes on the Patriots first drive on 2nd and 3rd down were the start of something awful, overthrowing Julian Edelman and under throwing Brandon LaFell respectfully.

One of Brady’s biggest mistakes came on the Patriots 4th drive (2nd quarter) around 2:37 left to play. Brady had a wide open running route on 3rd and 3 where he could’ve elected to run for the first down. Instead, he lofted an off target pass to Edelman which ended up being dropped.

Add that with the 2 poor interceptions throws, and it was just one of many bad decisions Brady was making on Monday Night.

And when you have backup Jimmy Garoppolo completing 6/7 passes for 70 yards, and a touchdown on one drive with the same “struggling” weapons Brady has, you have issues. Even if it was garbage time, it’s still alarming. if you’re Tom Brady.

Speaking of weapons, that’s what Patriots fans have pointed to as a reason for Brady’s failures. Some have even cited fellow QB Peyton Manning has better talent surrounding him that carries him.

I’m here to debunk that theory quickly. Presented below is the production of Manning’s receivers with and without him.

Boom. Notice how the percentage of passes each of Manning’s “weapons” caught increased significantly with him pulling the strings. Peyton’s style of offense allowed his receivers to play to their strengths and show off their talents based on his play.

This also opens up hypocrisy when it comes to the Peyton-Brady debate. When Peyton wins, it’s “He has weapons Brady doesn’t have!”. When he loses, it’s “Peyton lost the game, Brady is better and makes his receivers better.”

See a difference? One did more with less, and another did less with less.

No one is arguing Tom Brady’s hall of fame chances or if he was ever elite. We know the answer to both questions is yes. But with evidence such as this (among others), it’s proof Peyton Manning is a better quarterback than Tom Brady and has been for a long time.

It’s also proof Tom Brady is on the decline. And the narrative will flip flop between “Brady makes his receivers better” to “Brady can’t play with awful weapons!”.

Barring anything happens on Sunday Night against the Bengals to change things and show that Tom Brady is not on a downward path, we might have seen the end of what was one one of the game’s greatest quarterbacks.